Bujold Miles saga books free online, here's one.
http://baencd.thefifthimperium.com/24-CryoburnCD/CryoburnCD/Novels/Cryoburn/Cryoburn.htm
http://baencd.thefifthimperium.com more.
Angels were falling all over the place.
Miles blinked, trying to resolve the golden streaks sleeting through his vision into mere retinal flashes, but they stubbornly persisted as tiny, distinct figures, faces dismayed, mouths round. He heard their wavering cries like the whistle of fireworks from far off, the echoes buffeted by hillsides.
Ah, terrific. Auditory hallucinations, too.
so far i've read cryoburn, then went back to the beginning and am starting young miles. if i read the whole set, which seems likely, i might end up at 20 books for the year, not shooting for 50 anymore. i think it's because i read stuff online all day that i spend less time reading books. meanwhile i now own more books, a couple thousand i guess, just because i still have wall space to fill. i figure books are good insulation.

washington post on why the tsa airport searches are unconstitutional.

http://blog.penelopetrunk.com/
I started to blog this earlier. She's funny, she's rich and famous,and has asbergers.

kept it simple today.
a boiled potato with overripe brie for brunch,
spaghetti with leftover pasta sauce for dinner
a few cups of mocha and some orange-mango juice
and now i'll go heat some spiced cider.
snowing out.
curled up in bed with hulu and a new short story from wil wheaton.

Oh and last night i went to see blood on the dance floor. I was probably the only 50 year old there.

# posted by gt @ 19:51
One sentence from Stephen Fry:
The Simpsons or The Waltons, Family values or Family Guy, Holly Golightly or Hollywood, Penn State or the State Pen or Sean Penn, the right to life or the right to electrocute, capitalism or capital crimes, poncey dreams or Ponzi schemes, Nobel prize winners or ignoble price fixers, a country that can land men on the moon and yet has a majority who believe that angels walk amongst us – I suppose we could play this game of opposites for ever for I do not know a single thing that can be said about America whose reverse is not also true. another:
It is a land of freedom where in many states you can’t buy fireworks or alcohol or cross the street as a pedestrian where you please and where children’s books are banned and educational material suppressed if they do not square with some religious dogma or other. via the browser

# posted by gt @ 06:58
latest TSA story:
I think the site this is on, multiply, is one you have to register for, so i'm not linking to it. "roadyking" is the author, not me. so it's friend of a friend stuff, not something i've verified, but it happened in my town.

UPDATE: I’m getting a lot of emails asking if this is actually true and is this person actually someone I know. (1) Yes it is true — it is too absurd to be made up. (2) Yes, I know the person.
A friend of mine sent me this about his TSA experience. He, unlike most of us, was coming back into the country from Afghanistan on a military charter.
As the Chalk Leader for my flight home from Afghanistan, I witnessed the following:
When we were on our way back from Afghanistan, we flew out of Baghram Air Field. We went through customs at BAF, full body scanners (no groping), had all of our bags searched, the whole nine yards.
Our first stop was Shannon, Ireland to refuel. After that, we had to stop at Indianapolis, Indiana to drop off about 100 folks from the Indiana National Guard. That’s where the stupid started.
First, everyone was forced to get off the plane–even though the plane wasn’t refueling again. All 330 people got off that plane, rather than let the 100 people from the ING get off. We were filed from the plane to a holding area. No vending machines, no means of escape. Only a male/female latrine.
It’s probably important to mention that we were ALL carrying weapons. Everyone was carrying an M4 Carbine (rifle) and some, like me, were also carrying an M9 pistol. Oh, and our gunners had M-240B machine guns. Of course, the weapons weren’t loaded. And we had been cleared of all ammo well before we even got to customs at Baghram, then AGAIN at customs.
The TSA personnel at the airport seriously considered making us unload all of the baggage from the SECURE cargo hold to have it reinspected. Keep in mind, this cargo had been unpacked, inspected piece by piece by U.S. Customs officials, resealed and had bomb-sniffing dogs give it a one-hour run through. After two hours of sitting in this holding area, the TSA decided not to reinspect our Cargo–just to inspect us again: Soldiers on the way home from war, who had already been inspected, reinspected and kept in a SECURE holding area for 2 hours. Ok, whatever. So we lined up to go through security AGAIN.
This is probably another good time to remind you all that all of us were carrying actual assault rifles, and some of us were also carrying pistols.
So we’re in line, going through one at a time. One of our Soldiers had his Gerber multi-tool. TSA confiscated it. Kind of ridiculous, but it gets better. A few minutes later, a guy empties his pockets and has a pair of nail clippers. Nail clippers. TSA informs the Soldier that they’re going to confiscate his nail clippers. The conversation went something like this:
TSA Guy: You can’t take those on the plane.
Soldier: What? I’ve had them since we left country.
TSA Guy: You’re not suppose to have them.
Soldier: Why?
TSA Guy: They can be used as a weapon.
Soldier: [touches butt stock of the rifle] But this actually is a weapon. And I’m allowed to take it on.
TSA Guy: Yeah but you can’t use it to take over the plane. You don’t have bullets.
Soldier: And I can take over the plane with nail clippers?
TSA Guy: [awkward silence]
Me: Dude, just give him your damn nail clippers so we can get the f**k out of here. I’ll buy you a new set.
Soldier: [hands nail clippers to TSA guy, makes it through security]
This might be a good time to remind everyone that approximately 233 people re-boarded that plane with assault rifles, pistols, and machine guns–but nothing that could have been used as a weapon.

Here is some Turkey, via marginal revolution, which also profiles this new zealand dragon, the tuatara, that lives over 100 years and is in its own family of reptiles. Family is the wrong word, but there are four kinds of reptiles and this guy is one of them.

http://amultiverse.com/2010/06/25/smoke-break/
this webcomic is smarter than i am.
i was reading cracked's list of 5 webcomics too weird for words - i'm only a regular reader of one of the 5. oh i'm going to be checking out one by picklejuice, i saw his work at a convention this weekend. no, that one's a bit over the top for me.
last night i figured i'd go catch up on xkcd and qc. so when i got there it was an xkcd by qc's author jeph. new guest comics each day this week. 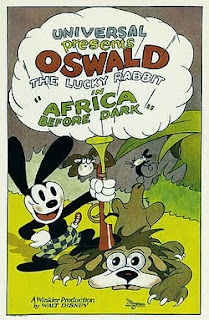 I didn't know that 4 years ago Disney reacquired the rights to Oswald the Lucky Rabbit.
Oswald has been an unlucky rabbit, created by Disney was a work for hire for somebody else, so he quit working with Oswald and created Mickey as a sort of Oswald in mouse drag. So far, Disney (the company) hasn't done much with Oswald.
Might show up in a videogame epic mickey.

It appears that my email account was hacked while I was at a hotel in Chicago this weekend, and spam was sent from my account. Sorry about that?
It was a bit unnerving when all my blogs disappeared along with my email, but i have those back now. 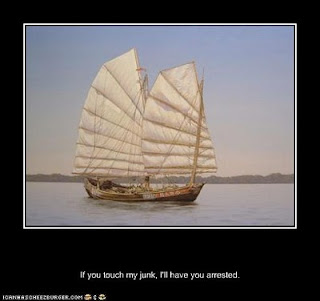 ender's game trailer. looks like badly done movie of a good book, with a cute male lead. will watch even if it's bad.

# posted by gt @ 12:10
Please call Stella. Ask her to bring these things with her from the store: Six spoons of fresh snow peas, five thick slabs of blue cheese, and maybe a snack for her brother Bob. We also need a small plastic snake and a big toy frog for the kids. She can scoop these things into three red bags, and we will go meet her Wednesday at the train station.
the speech accent archive has people from different parts of the county reading this paragraph, so you can hear regional differences. To me they all sound the same except for southern, which comes in a few different flavors. I was hoping to find downeast maine or newfoundland, but everybody speaks a generic american. I havent checked them all. Would be nice to see this for the UK as well.

harry potter would have had only four or five, earth air water fire and sometimes chi.

update: i got this posted to slashdot's idle section, but i forgot to link it back to this blog.
http://entertainment.slashdot.org/story/10/11/17/1653240/Harry-Potter-Actor-Sings-the-Elements-Song

paul krasner's "the realist" magazine was sort of a legend that i've never actually read. now it's online, says boing-boing.