http://www.benzinga.com/pressreleases/16/05/p8046051/embark-launches-dog-dna-breed-health-test-platform like 23andme for your dog, $200. I wonder if there's anything like the human genome project for dogs, where this research could be made available. The company name is Embark which is pretty clever.

# posted by gt @ 19:24
Today I watched "All the Way" with Brian Cranston as LBJ. It was pretty good, which is good enough. I say that as someone who has read and forgotten 50 books about LBJ, and thinks that Breaking Bad is the best TV show ever. I watched an online bootleg I won't link to. It's on HBO.
http://www.rogerebert.com/reviews/all-the-way-2016


possible social event calendar, to fit in around work schedule.
https://www.otakon.com/
Come join us for our 23rd year, August 12-14, 2016 in Baltimore!

Gen Con returns to Indianapolis from August 4-7, 2016. Last year, the convention set records with a unique attendance of 61,423 and a turnstile attendance of 197,695, creating a six-year span of record growth. You can read more about it in the post-show press release.

indiana school spanking lawsuit raises state and federal constitutional claims.
http://www.news-sentinel.com/news/local/crime/Mother-sues-teacher--FWCS-for-November-spanking-incident
The supreme court rejected similar constitutional claims in Ingraham v Wright in the 1970s, but it might be time to revisit the issue. Chances are this will settle.

Arrest made in killing of law blogger Dan Markel.
https://www.reddit.com/r/UnresolvedMysteries/comments/4l6icr/update_arrest_made_in_connection_to_the_2014 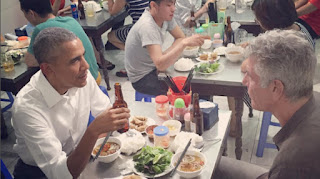 Obama goes to Vietnam to surrender to, or drink with, Anthony Bourdain.

"The Holografik Danser" "portrayed a twenty-first-century America that had been conquered by Russia — major cities had been razed by nuclear attack, and entertainment was paid for in kiosks and then piped into homes via phone lines. Partly inspired by the news of the explosion in television broadcasting, he envisaged a time when live holographic entertainment would be beamed into living rooms for twelve dollars a show.

Part of my homework last night was to watch Dallas Buyer's Club. It was about HIV rather than HepC, but the policy questions are similar.
HepC is the number 1 infection disease killer, more than AIDS. Co-infections are common.
About 20% of Tennessee inmates have hepC, and only a handful are getting treatment. CCA is a private prison in TN with maybe 700 or more hep c cases. CCA and I go way back.
I haven't worked out the details here, but there may be an angle. Meanwhile it's interesting research.
I can buy the meds for the cure online for $1500 via India, but the cost for the treatment here is $84K, $1000 a pill. CVS and some insurance companies have arranged discounts, but that's the list price.

IRB's, institutional review boards, don't like to approve research studies on prisoners.
But here it seems like a phase iii trial on tennessee prisoners, who voluntarily would participate,
could get them treatment at no or nominal cost, save lives, reduce risk to other prisoners, and generally make things better. So it probably won't happen.
To make it more fun, throw in some genome reading at $1000 a person, on a least some subset,
for more data. IRB's don't like that either. Who would pay? TN, or CCA. Abbvie, or one of the other companies, could provide the meds at no charge in exchange for the data, or just allow the generic meds from india to be used.. The institutional setting allows for longer followthrough than in most studies, and factors like diet and setting are more controlled. Good science, good public policy,
but politically difficult to implement.
If I wanted to follow up further, and in general I have very poor followup, I could draft a proposal
that would be a proposed consent decree for CCA or the TN prison system, that would get everybody tested, or at least able to opt into testing, get followup RNA testing, encourage separate housing for the infected to reduce the spread, get treatment for those infected with either low-cost generics from india, or no-cost from the manufacturers, as part of a clinical trial, phase 3, that prisoners could opt into. Those who don't opt in should go to yet another separate housing unit, a kind of quarantine.
Part of the goal is to work on the public health problem that tennessee takes rapists, puts them in a facility where they contract hepC, and then puts them back out on the street.
We could replace that with a program where they get cured and get trained as outreach people to identify high risk people who need testing and treatment options.
Meanwhile the companies get some data, at less than usual cost. If it had the whole genome testing, that drives up the price a bit, but gets the company some new data if doesnt have now. And make that data available to science generally, to see if there are any correlations with what genotypes wind up incarcerated. So my proposal incorporates a bit of mad science, some frugal economics, a public health perspective, good for the prisoners, good for the institution, good for the drug companies, good for the public, good for science, so it could never happen.....

http://midamericon2.org/home/registration-hotel-member-information/registration/
I could go to the kansas city worldcon this year if my work schedule fits and i get around to remembering to buy a membership and such. Some of my family is going.

https://www.youtube.com/watch?v=aofPdMbXzUQ
a guy talks about the iliad
turns out he has 100 rants on all sorts of things.

# posted by gt @ 09:42
https://www.mooc-list.com
big list of free online classes. somebody asked me about it so i looked it up and figured i'd post the link here as well while i had it handy.

I made a little movie of my adventures of trying to vote.
https://www.youtube.com/playlist?list=PLNesRy31jXibfw1-cZ_w6ziFbyfxZkKrO 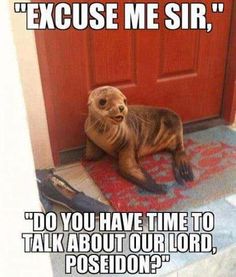 # posted by gt @ 11:42
http://arizonalawreview.org/compelled-commercial-speech-and-the-consumer-right-to-know/
Jonathan Adler article I should get around to reading.